These are posts just for instructors at the Foundry.

Students and Instructors voted, and here are the results! Talk to your instructor if you are interested in participating. The Student Jam is offered for free exclusively to current lesson students. Sugar, We're Goin Down - Fall Out Boy Rolling in the Deep - Adele Call Me Maybe - Carly Rae Jepsen Atlas, Rise - Metallica Get Lucky - Daft Punk Counting Stars - One Republic Uptown Funk - Bruno Mars We Are Young - fun. Shake It Off - Taylor Swift Hold On - Alabama Shakes 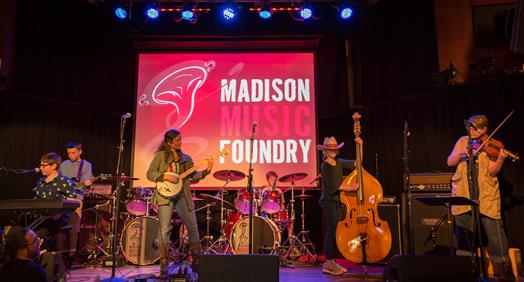 Hello MMF Students,Thank you to all who nominated songs for the next Student Jam on the theme of  The Decade in Review: Music of the 2010s.  We now move on to the voting stage!   *FOLLOW THIS LINK TO VOTE* The top songs from both students and instructors will be announced on February 17, and then performed at the next Student Jam in April.  Thank you for helping us put together another great set of music! Now - February 12: Vote on songs February 17: Final song list announced April 26: Student Showcase at the High Noon Saloon